Organic, unfiltered apple cider vinegar can do everything from kill harmful bacteria in your digestive tract to kick start weight loss and fight diabetes. But take your shot of apple cider vinegar with a grain of salt – it’s no magic cure-all, and there are things to consider before buying it at your local health store. Like most anything in life, it should be sampled in moderation. Below, we’ll walk you through the proven benefits of apple cider vinegar, as well as a few of its limitations.

The apple cider vinegar we recognize today is a liquid produced during the fermentation of apple cider. Bacteria added to the cider transforms it into alcohol, and then vinegar. In modern society, apple cider vinegar boasts a myriad of health benefits acknowledged in both mainstream medicine and popular folk remedies. Much like kale and quinoa, a plethora of tonics, vitamins and beauty products on the market utilize this potent ingredient.

Like anything, there is such a thing as too much of a good thing. Despite the health benefits of apple cider vinegar, there are downsides to consider. Because of its acidic properties, drinking excessive amounts can damage teeth enamel, burn your throat and upset your stomach. A few other cons include:

Now that we’ve covered the pros and cons of society’s most popular vinegar, how should you take it? Keep in mind that while the average serving size is 15 ml (about 3 calories), there are numerous applications for effective usage, depending on which ailment you’d like to cure. Below, we break down just a few.

Apple cider vinegar can be purchased at most major retailers, and online at sites including Amazon and even right here on AuGoodsOnline; but not all apple cider vinegar brands are created equal. To maximize health benefits, purchase the raw, organic versions of the product – which contains “mother,” or strands of protein that give it a cloud like appearance. Look for dark, cloudy sediment at the bottom of the bottle, and purchase unfiltered apple cider vinegar (such as Bragg’s), when available. Apple cider vinegar is also available in capsule form, for those who can’t stomach the strong taste.

The bottom line? While not a magic cure, scientific evidence points to apple cider vinegar’s numerous health benefits (especially for blood sugar and weight control) when taken responsibly, and in small dosages. Any more than the standard 1-2 tablespoons/day may cause damaging side effects. If you wish to incorporate apple cider vinegar into your diet, it’s all about how you choose to do it. Remember to consume it with foods to minimize any potential stomach irritation – and if you suffer from chronic gastrointestinal pain, apple cider vinegar is likely not for you. Check with your doctor or pharmacist to mitigate any potential health risks. 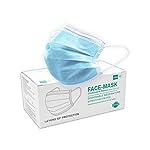 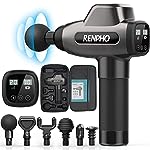 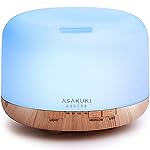 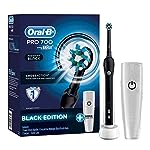 Oral-B Pro 700 Black Electric Toothbrush
We use cookies to ensure that we give you the best experience on our website.
← Back to login
X